Micrograph of a plasmacytoma, a hematological malignancy. [Image courtesy of Wikipedia]

Oncology has benefited from a wave of advances in recent decades. From 1991 to 2018, the age-adjusted overall cancer death rate dropped 31%, according to an analysis from American Association for Cancer Research (AACR). That death rate dropped 2.4% between 2017 and 2018, marking the most significant annual reduction.

The reasons for such improvements are multifaceted, including falling smoking rates, improved diagnosis and more effective drugs.

The popularity of immunotherapy has played a vital role in improving treatment outcomes of certain cancers. “It is amazing to think about how much immunotherapy has changed the practice of oncology,” recently wrote Dr. John M. Burke in Targeted Oncology. Burke, a hematologist and medical oncologist at Rocky Mountain Cancer Centers, said data from the past two decades have confirmed the efficacy of monoclonal antibodies, antibody-drug conjugates, checkpoint inhibitors and other therapies.

“We went through a period where immuno-oncology (I-O) had a huge impact on the outcomes on non-small cell lung cancer and melanomas, which used to be almost like a death sentence,” said Jeff Elton, CEO of ConcertAI.

The 5-year relative survival rate for all SEER stages of melanoma skin cancer is 93%, according to the American Cancer Society.

Until recently, treatment of hematological malignancies has lagged relative to solid tumors. However, that is beginning to change. “Now, you’re seeing incredible advances in treating hematological malignancies,” Elton said. “Things like multiple myeloma, follicular lymphoma, whole classes of lymphomas and leukemias are going through a revolution right now in terms of how they’re treated.”

In the past decade, CAR-T cell therapy has emerged as a treatment option for patients with refractory hematologic malignancies.

In the future, treatment of conditions such as multiple myeloma may become so transformative that it is like treating a chronic disease. In the past, the survival rates of such cancers were meager, but “I think you’re already seeing that survival rate and quality of life, extending quite a bit,” Elton said.

The current 5-year relative survival rate for all SEER-stages of myeloma remains at 56%, according to the American Cancer Society.

For the sake of comparison, the 5-year relative survival rate for multiple myeloma was 3.9 years from 2004 to 2007, according to an analysis in the American Journal of Managed Care.

Elton is optimistic about the rate of improvement. “Now, you’re seeing new approaches that offer tremendous value, sort of like what we saw in solid tumor categories, over the last five to 10 years,” he said. “Some of that’s now coming into the hematological malignancy area, which is very positive and important.” 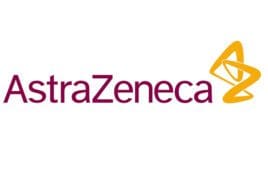