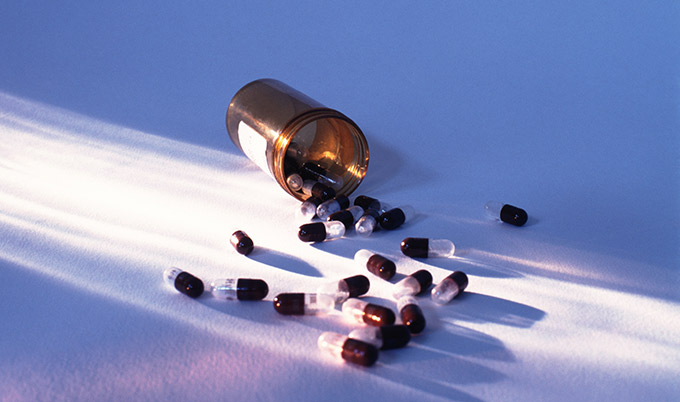 It is well recognized that stress can lead to an episode of depressive illness and some patients have raised levels of the stress hormone, cortisol, in their body as an indication of the mental health condition.

Now the largest study of its kind has shown that a drug that blocks production of stress hormone does not routinely help in treating depression. The findings have been published in the journal Lancet Psychiatry.

The study examined the effect of metyrapone – a drug which blocks the production of cortisol – in patients that had not responded to at least two conventional antidepressant drugs.

Findings reveal that common use of anti-cortisol drugs is ineffective for patients who have not responded to traditional treatments and there is a need to carry on searching for better treatment options to deal with the condition.

Dr Hamish McAllister-Williams, Reader in Clinical Psychopharmacology, was one of the leads of the three year study that was spearheaded by Newcastle Academic Health Partners.

He said: “Our research has shown that in the population of depressed patients studied, metyrapone is inadequate and therefore should not be routinely recommended as an option for treatment resistant depression.

“We can’t rule out, however, that there might be some patients with particularly high levels of cortisol who might be helped by anti-cortisol treatment – but this needs to be specifically tested in a clinical trial.”

Depression is a common mental health problem and people with the condition can experience intense anxiety, along with feeling of hopelessness and self-loathing. One in 10 people will be affected by depression in their lifetime.

A total of 165 depressed patients, being treated by GPs or psychiatrists from sites in Northern England, were randomly allocated to a period of treatment with either metyrapone or a placebo (dummy tablet) in addition to their ongoing conventional antidepressants.

The aim of the Antidepressant augmentation with metyrapone for treatment resistant depression study (The ADD Study) was to examine the efficacy, tolerability and safety of metyrapone as a realistic therapeutic option in everyday clinical practice.

Researchers at the Northern Centre for Mood Disorders have previously shown in rats that raised stress hormones may reduce the effectiveness of antidepressants. This has led to a number of small studies using drugs that block the effect of cortisol or inhibit its production as treatments for depression.  Some of these showed positive results.

However, the ADD study questions the use of such treatments routinely in clinical practice.  It also suggests that depression is more complex than simply being a consequence of high levels of stress hormone.

Dr McAllister-Williams added: “While stress may well play a role in the development of depression in some individuals, using a drug to decrease the potential negative effects of stress hormones in those whose depression has not responded to conventional antidepressants does not work.

“Our findings suggest that in people who have not responded to several conventional antidepressants and been depressed for some time, either stress plays less of a role in the development of their depression or these effects wears off over time.”

The research challenge now is to identify if different groups of depressed patients would respond to drugs acting on their stress hormone system, as well as identifying treatments targeting different systems within the brain for patients not responding to conventional antidepressants.

The study was funded by the Efficacy and Mechanism Evaluation (EME) programme, a UK Medical Research Council and National Institute for Health Research partnership.

Newcastle University and Northumberland, Tyne and Wear NHS Foundation Trust have come together to form the Northern Centre for Mood Disorders (NCMD).

A key element of the NCMD is a large Research Register of both patients and healthy subjects who are willing to take part in research.

NCMD is also developing a comprehensive educational portfolio aimed at healthcare professionals and provide training and support for those wishing to develop their research skills or pursue an academic career.

Dr McAllister-Williams said: “NCMD will act as a focus for the development and implementation of cutting edge therapies. Our aim is to improve the care of patients across the North of England through research.”