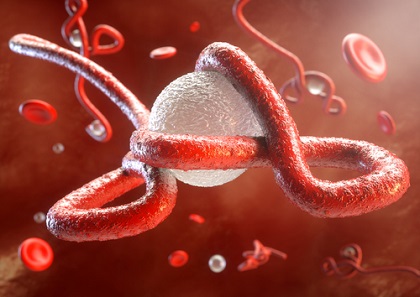 A tiny study suggests that the experimental Ebola treatment ZMapp sharply increases the chance of surviving the deadly virus.

The study included only 72 patients, less than half the 200 originally planned, because the Ebola epidemic was declared over in January. Researchers testing the experimental combination drug, developed by Mapp Biopharmaceuticals, cut off enrollment when the epidemic ended.

Still, the U.S. National Institute of Allergy and Infectious Diseases, one of the study sponsors, wrote that Mapp’s combination drug “was well tolerated and showed promise.”

Because of that, the U.S. Food and Drug Administration has asked Mapp to make its drug available to any future patients as needed. Mapp plans to continue testing and seek approval to put the drug on the market as quickly as possible.

“Having a therapeutic option available for Ebola will help motivate patients to come to treatment units, reducing opportunities for infection in the community,” Dr. Armand Sprecher of Doctors Without Borders said in a printed statement.

Ebola is spread through direct contact with the bodily fluids of victims or corpses. Traditional funerals, in which mourners touch the body, were a major source of virus transmission during the epidemic in West Africa.

The study ran for nearly a year, testing 72 adults and children with confirmed Ebola. The participants included 1 patient in the U.S., plus 12 patients in Guinea, five in Liberia and 54 in Sierra Leone, the African countries hardest hit in the epidemic that began in December 2013.

Half got ZMapp, which combines three genetically engineered antibodies – substances that help direct the immune system’s attack on invading germs. The antibodies are produced in tobacco plants inside greenhouses.

The other half got standard supportive care: intravenous fluids, electrolytes to maintain bodily functions and treatments to control blood pressure and oxygen levels.

In a second report also released at the annual Conference on Retroviruses and Opportunistic Infection, two experimental vaccines targeting Ebola induced an immune response against the virus and were well tolerated, according to the infectious diseases institute, part of the National Institutes of Health.

That study also was scaled back from the 28,000 volunteer participants originally planned. Instead, 1,500 people were divided in three equal groups and injected with one of the two vaccines or with saline.

After a month, antibodies were seen in the blood of 94 percent of the participants getting a vaccine called rVSV-ZEBOV. Drugmaker Merck & Co. has licensed rights to eventually sell that vaccine from New Link Genetics Corp., which licensed it from the original developer, Canada’s Public Health Agency.

Likewise, antibodies were seen after a month in 87 percent of volunteers given the cAd3-EBOZ vaccine. That vaccine is being developed by drugmaker GlaxoSmithKline PLC and the infectious diseases institute.