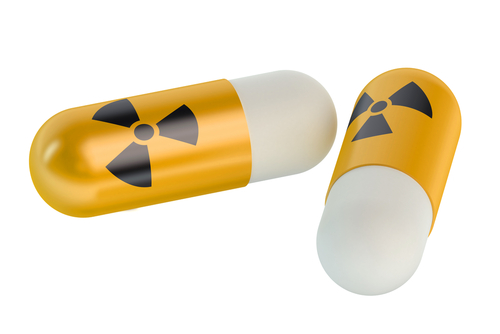 Scientists from the University of Virginia have uncovered promising compounds that could lead to the first antidote for radiation exposure.

The research team analyzed a library containing more than 3,400 existing drugs, vitamins and similar compounds, according to the university’s announcement. The hope was to find a therapy that could keep stem cells alive in order to repair tissue damage induced by resulting radiation exposure.

Next, the team designed 3D computer models to compare the chemical structures of these substances where the results revealed 33 promising compounds that, “significantly reduced cell death in cells exposed to radiation,” reported UPI.

Rapamycin was singled out as the most effective. It’s an immunosuppressive drug that regulates cellular signals like growth, which is why physicians have used this treatment for matters like preventing a transplant patient’s body from rejecting a new organ or stifling cell growth in certain types of cancer.

However, the researchers admitted that these drugs or compounds won’t be effective on their own.

“A lot of us in this field think it will be a cocktail of things you take,” explained study author Dr. John Lazo, Ph.D., a professor at University or Virginia’s Department of Pharmacology in a statement.

Still, Lazo added that this finding is important because it sheds light on new ingredients needed for this potential cocktail.

There’s currently no treatment for people exposed to high amounts of radiation. Physicians can only provide comfort as rapid cellular deterioration kicks in.

The study was published in the journal ACS Chemical Biology