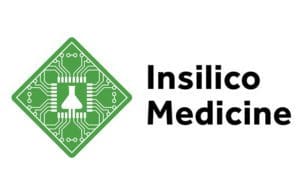 Insilico Medicine (Hong Kong) has announced that its AI-enabled drug discovery platform has yielded a preclinical candidate for kidney fibrosis.

The company says the preclinical candidate has optimal pharmacological and pharmacokinetic profiles. In addition, it has successfully tested the candidate in both in vitro and in vivo preclinical studies.

Insilico Medicine aims to advance the candidate to clinical trials, including those required for an Investigational New Drug application by 2022.

CDC estimates that some 15% of U.S. have chronic kidney disease. The disease, unfortunately, has “no cures or efficacious drugs on the market,” said Alex Zhavoronkov, founder and CEO of Insilico Medicine. “Kidney fibrosis is the common pathogenesis in the progression of chronic kidney disease and is a major unmet medical need.”

Kidney fibrosis and idiopathic pulmonary fibrosis are core focus areas of the company.

In February, the company announced that its machine learning technology identified a novel drug target and compound to treat idiopathic pulmonary fibrosis, a disease with a significant quality of life impact.

The strategy the company uses for drug discovery is novel in that it is “frictionless highly-parallel distributed discovery,” according to Zhavoronkov.

To identify a candidate for kidney fibrosis, the company used its PandaOmics data analysis and visualization platform. In addition, it used its Chemistry42 automated machine learning platform for drug design to develop compounds with drug-like properties.

“We start with several target hypotheses for a disease of interest that come out of our PandaOmics AI engine, evaluate assay availability for every target, conduct the fastest and easiest experiments to cut off the hypotheses that clearly do not work (and feed that data back into the engine for re-training), and design sets of diverse molecules for these targets using the Chemistry42 chemistry engine, synthesize and send the molecules for test in these assays,” Zhavoronkov said. When an assay fails, the company feeds the data back into its AI engine, but the parallel programs continue to advance. “For every one of these, we use our InClinico clinical trial outcome prediction engine to predict the probability of clinical trial success and cut out the programs where we are less likely to succeed,” he added.

The winning programs from this process go on to face multiple in vitro and animal experiments. “We work with many contract research organizations (CROs) that conduct the experiments and all factors need to be evaluated,” Zhavoronkov said. “Usually, you get several that fit the criteria for a preclinical candidate,” he added. “These programs get reviewed by human experts and key opinion leaders in the field with experience in clinical development to select which one to nominate as a preclinical candidate to start the IND-enabling studies.”

In early tests, the preclinical candidate for kidney fibrosis reduced the development of fibrosis while bolstering myofibroblast activation.

To date, Insilico Medicine has raised more than $300 million in funding since it was founded in 2014.