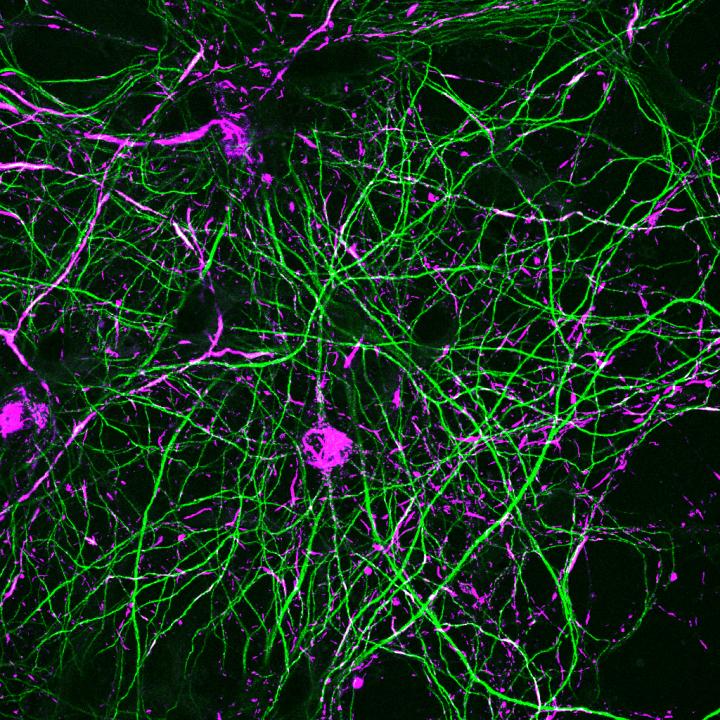 A genetic ‘switch’ has been discovered by MRC researchers at the University of Leicester which could help to prevent or delay the symptoms of Parkinson’s disease.

In a paper published in the journal Cell Death and Differentiation, the team discovered that a gene called ATF4 plays a key role in Parkinson’s disease, acting as a ‘switch’ for genes that control mitochondrial metabolism for neuron health.

Dr Miguel Martins from the MRC Toxicology Unit at the University of Leicester, who led the research, explained: “When the expression of ATF4 is reduced in flies, expression of these mitochondrial genes drops. This drop results in dramatic locomotor defects, decreased lifespan, and dysfunctional mitochondria in the brain.

“Interestingly, when we overexpressed these mitochondrial genes in fly models of Parkinson’s, mitochondrial function was reestablished, and neuron loss was avoided.”

By discovering the gene networks that orchestrate this process, the researchers have singled out new therapeutic targets that could prevent neuron loss.

Some forms of Parkinson’s are caused by mutations in the genes PINK1 and PARKIN, which are instrumental in mitochondrial quality control.

Fruit flies with mutations in these genes accumulate defective mitochondria and exhibit Parkinson’s-like changes, including loss of neurons.

The researchers used PINK1 and PARKIN mutant flies to search for other critical Parkinson’s genes — and using a bioinformatics approach discovered that the ATF4 gene plays a key role.

Dr Martins added: “Studying the roles of these genes in human neurons could lead to tailored interventions that could one day prevent or delay the neuronal loss seen in Parkinson’s.”

The findings build upon recent research by the University of Leicester team, which recently discovered several genes that protect neurons in Parkinson’s disease, creating possibilities for new treatment options.

Two of the genes — PINK1 and PARKIN — affect how mitochondria break down amino acids to generate nucleotides – the metabolism of these molecules generates the energy that cells need to live.